Stormwater permitting requirements for many industrial facilities are set forth in US EPA’s Multi-Sector General Permit for Stormwater Discharges Associated with Industrial Activity (MSGP) or state permits based on the MSGP. US EPA last issued the permit in 2015, which expires on June 4, 2020. While the current Administration does not appear to be predisposed to the implementation of more onerous environmental permitting requirements, an EPA-funded report has recommended transformative changes to the MSGP. The Agency’s decision whether to incorporate those recommendations into the reissuance of the MSGP will determine whether industrial facilities will need to implement additional stormwater monitoring and control measures in the coming years.

The Clean Power Plan was replaced in June, eliminating Obama-era environmental regulations aimed at reducing greenhouse gas emissions. A few weeks later, President Trump gave his first White House speech about the environment while surrounded by fossil fuel supporters and benefactors. He never uttered the words “climate change.” The Endangered Species Act — credited with saving the American alligator — was gutted in August. The Clean Water Act is next on the chopping block as fall approaches.

Best Management Practices and How to Evaluate Them
estormwater

Water quality managers may be implementing Best Management Practices (BMPs) using both administrative and structural controls, yet the water quality compliance results still are over permitted limits. Managers may need answers as they report to upper management or regulatory agencies on why BMPs are not performing as expected. Facility and municipal compliance managers need to understand frequent assessment of BMPs is required to evaluate their applicability, effectiveness and maintenance requirements.

Green infrastructure in cities from Copenhagen to Seattle is improving the management of stormwater flooding and building resilience to extreme weather events. Worldwide, interest is growing for incorporating this green infrastructure along with gray infrastructure for more resilient systems. Biennial global surveys of these investments over ten years shows steady growth with a total of about $26 billion invested in 2016.

Which Contaminants Are in Stormwater?
envirotech-online

One less publicised but equally problematic side-effect of cyclones, blizzards and other heavy downpours are the stormwater they generate – and, specifically, how this can wash harmful contaminants into other bodies of water such as rivers, lakes and reservoirs. Now, a new study from the American Chemical Society (ACS) has quantified just how damaging that impact could be by analysing samples of rainwater collected from 50 different storms and identifying the contaminants contained within. 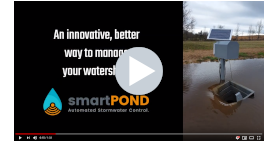 Our weather is constantly changing, yet our stormwater controls remain the same. smartPOND takes passive stormwater controls and gives them brains, allowing for either pre-programmed stormwater pond management that actively measures and releases stormwater to match your regulatory regime, as well as application-based real time control that allows you to retain or release water at the tip of your fingers. 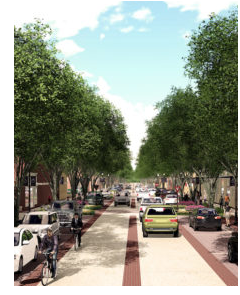 In anticipation of its future growth, the City of Ennis, along with MESA Design Group and Construction EcoServices developed a plan to serve as a road map for future development and economic revitalization. Dominated by vehicles, Dallas Street currently offers very little to the pedestrian experience. The design included an alley of Princeton American Elm trees along the street, providing a cathedral like corridor of cool dappled shade in the hot summer months, and allowing warm sunlight through in the cool winter months.

Learn how the design team solved this challenge.